To Tandem or Not to Tandem

To Tandem or Not to Tandem 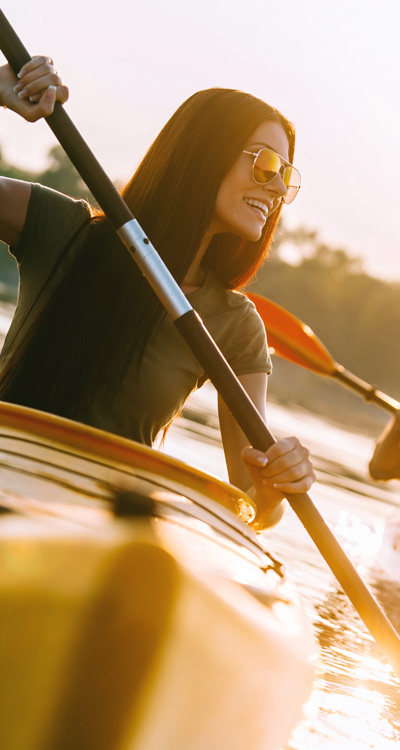 If you are not a loner and genuinely enjoy other people’s company, then you might enjoy some tandem yakking.  Tandem yaks or double yaks have been around for some time and offer some clear advantages.  If you have a child that’s not quite ready to command its own yak, it can be a great way to spend some quality time together and foster a love for the outdoors. The world has been overrun with network television and videogames for over 20 years.  My personal goal is that my kid will know what a tackle box is long before knowing anything about an Xbox.

Sit Back and Enjoy the Ride

Tandem yakking is also a method to involve some of the most handicapped among us.  Not too long ago, due to some serious health issues, I spent a total of about 6-7 months hospitalized over an 18-month period.  Even after being released from the hospital I was confined to a damned hospital bed for a few more months.  For someone that loves the outdoors as much as I do, my house arrest was depressing.  Even after I was able to venture outside, due to surgical complications, I could not bend, twist, or exert any abdominal force in general.  Lucky for me, I have the greatest friends and family in the world.  They got a hold of a tandem yak and put me on the river.  All I had to do was set in the front and do a little steering. My best friend did all the real work.  I honestly believe that little morale boost sped up my healing and is one of the reasons I am here talking to you now!

Get Close and Personal

Tandem yakking can also make yakking even more social.  With a tandem, you have to interact and work together — whether you like it or not.  I personally have to say it was one of the most fun first dates I’ve ever been on.  For better or worse, you can really get to know someone if you’re sitting 3 feet away from them for about 4 hours.  It gives you a sneak peek at their persona and how well you can communicate! 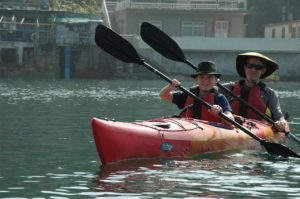 A big problem with tandem kayaks is they are quite large and can be very heavy.  It most certainly takes two adults to move one.  Being of a larger size, they can be hard to navigate in smaller waters.  If you and your partner cannot work in tandem, ya’ll will be slamming into rocks, trees, and whatever else the water and mother nature might throw at you. Unless you get in sync with your partner, you’ll be working against each other and both paddlers will become unnecessarily exhausted.  Other problems can arise if you’re both trying to fish in the same cramped space.  If you’re not careful, you’ll end up whipping and hooking each other to death, and “ain’t nobody got time for that” unless you’re a sadist.  In general, if you’re more of a loner and not trying to teach, you need to stick to your single yak.

Cause when you get that feeling you need…yak? Healing?…oh you get the point.